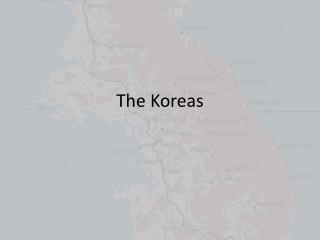 Two Koreas - . capitalism with asia characteristics and soviet style socialism in one peninsula a cultural bridge between

Japan and the Koreas - . natural environment. four main islands and thousands of smaller ones that make up japan.