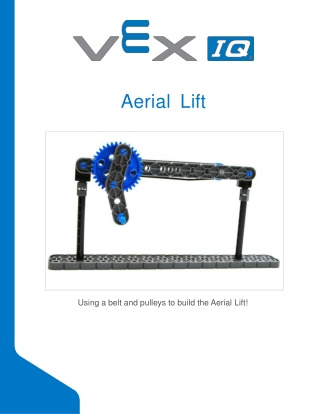 Aeria l Lift. Using a belt and pulleys to build the Aerial Lift!. Discover new hands-on builds and programming opportunities to further your understanding of a subject matter. The Completed Look of the Build. Aerial Lift.