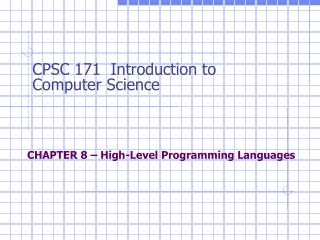 Programming Languages 2nd edition Tucker and Noonan - . chapter 2 syntax a language that is simple to parse for the