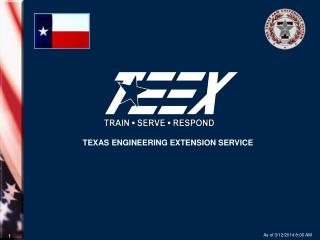 TEXAS ENGINEERING EXTENSION SERVICE. Why Safety?. Why Safety?. Why is safety important? Why bother with it? Isn’t it just another government or company program?. A good health and safety program can reduce injuries. In the U.S. an injury occurs about every 8.3 seconds. Source: NSC 2004. The Cooperative Extension Service - The smith-lever act went into effect, creating an educational force that would change

Presentation For: 2008 Texas Oilseed Workshop Texas AgriLife Extension 2008 - . who we are:. the sustainable biodiesel