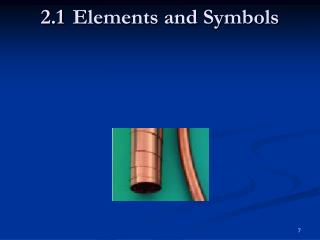 2.1 Elements and Symbols. Elements. Elements are pure substances that cannot be separated into simpler substances by ordinary laboratory processes. Elements are the building blocks of matter. There are 113 elements known today. gold carbon aluminum. Language - . definition of language. communicative : transfer of information between individuals arbitrary : no

Elements of Map Composition - . or how to make a decent map!. steps to creating a map. define the purpose of the map

Pedigree Charts - . the family tree of genetics. pedigree charts. i. ii. iii. overview. what is a pedigree? definition

The FFA Emblem and Symbols - . emblem. each part of the emblem has a unique meaning. there is a connection of the emblem

History on PowerPoint: The Periodic Classification of the Elements - . david a. katz department of chemistry pima