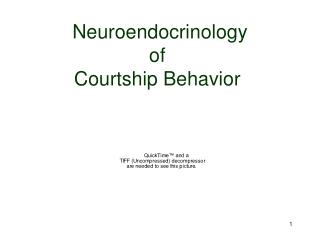 NEUROENDOCRINOLOGY OF DEPRESSION - . &quot;a stressful story ”. presented by janet menzie. what is depression ?.

Neuroendocrinology of Parturition and Lactation - . parturition what determines its timing?. genetic? endocrine? mom? the

Chapter 9 Endocrine Adaptations to Exercise - . neuroendocrinology is the study of the combined function of the nerves