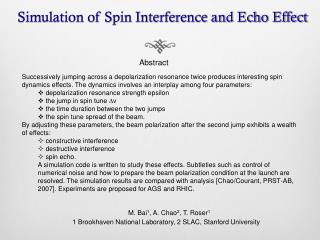 Spin-Orbit Effect - . in addition to its motion about the nucleus, an electron also has an intrinsic angular momentum

Observing the Effect of Electron Spin - Electron configuration and chemical periodicity-exercise. observing the effect of