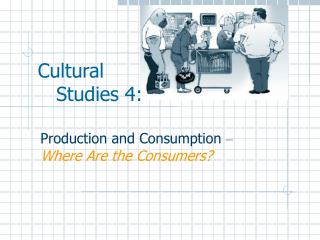 INTRODUCTION TO CULTURE, CULTURAL STUDIES, AND POPULAR CULTURE - . this is our proposed model for reading images:.

Cultural issues in Psychotherapy - . cultural considerations in the teaching and evaluation of psychotherapy major

Welcome to the Scandinavian Cultural and Social Studies - . department of cultural sciences. art- and visual studies

Cross Cultural studies of memory - . it is probably no surprise that memory and other cognitive processes are influenced

Teaching Media/Cultural Studies - . teaching media/cultural studes. we live in a media-saturated society. we are all

Cultural Studies - . of stuart hall. cultural studies vs. media studies. believes that mass media helps those in power to

Cultural Studies - . some central issues from a perspective of literary studies based on jonathan culler’s literary