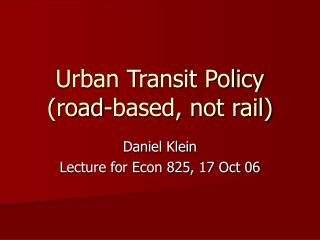 What is Bus Rapid Transit (BRT)? - . brt is based on light-rail transit principles. it combines the most attractive

Road and rail safety - . look at the next slides and try to guess what each picture is of as it is revealed. the three