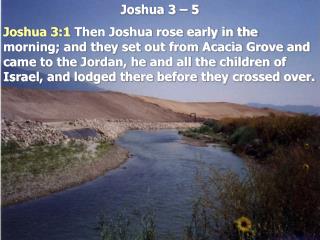 Joshua 3 – 5 Joshua 3:1 Then Joshua rose early in the morning; and they set out from Acacia Grove and came to the Jordan, he and all the children of Israel, and lodged there before they crossed over. Basic Principles in the Assessment and Treatment of Fractures in Skeletally Immature Patients - . joshua klatt, md