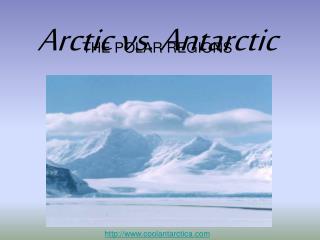 Frozen Mammoths - . this is the most famous of all mammoths, the frozen berezovka mammoth. he is displayed in the

Life in the Polar Regions - . a short survey of plants and animals found in the arctic and antarctic regions. challenges

Life in the Arctic - . click play at the bottom of the screen to start the video!. home menu. countries indigenous people

North American Biomes - . made by lauren shepard. what is a biome?. biomes are the world’s major communities where

All About the Arctic - . by: room 16. arctic land. by: nicholas. arctic sun. in the winter the sun never comes up in the

The Southern Ocean and Climate: What did we learn during WOCE? - . steve rintoul csiro marine research and antarctic crc

Antarctica - . satellite view. antarctica is earth's southernmost continent, underlying the south pole. it is situated in