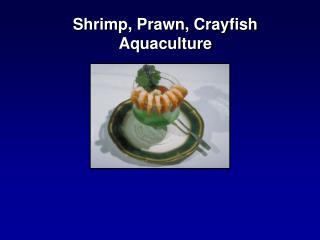 Crayfish - . by hannah brogan. habitat. crayfish tend to live in rivers. but they also are found in lakes and oceans.

Crayfish - . what part of the crayfish is the arrow pointing at?. walking legs. what are the 4 main things that crayfish

Crayfish Dissection - . this time you will surgically remove all of the parts possible and label them on a bookcover at

SHRIMP - . john erickson, pe apga security and integrity foundation (sif) august 22, 2012. what is the security and