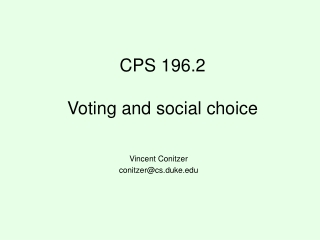 Voting and social choice - . looking at a problem from the designers point of view. voting over alternatives. voting rule