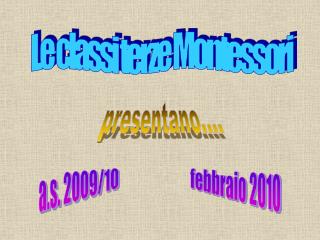 Le classi terze Montessori presentano.... a.s. 2009/10 febbraio 2010 WHAT IS A DINOSAUR? When the dinosaurs lived, the Earth's continents were jammed together into a supercontinent called Pangaea and the Earth was warmer than it is now.