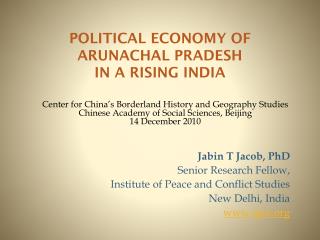 POLITICAL ECONOMY OF ARUNACHAL PRADESH IN A RISING INDIA POLITICAL ECONOMY OF ARUNACHAL PRADESH IN A RISING INDIA

Chapter 19: Economics and Political Systems - . economy -which can be viewed as a social institution that is organized

WHOSE FORESTS ? - . india’s forest cover. bishanpur ( himāchal pradesh, india ) bishanpur is a populated place in the