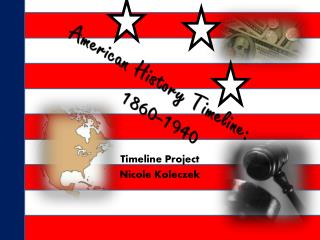 Atomic Timeline - . (aka the 7 dead dudes of atomic theory). timeline construction. use the adding machine tape to make

American History Review - . when did the war with britain begin?. 1812. what major battle did the americans under andrew

The Rise of Civilization - . pre-history mesopotamia egypt. our creation myth: the big bang. university of oregon. in the