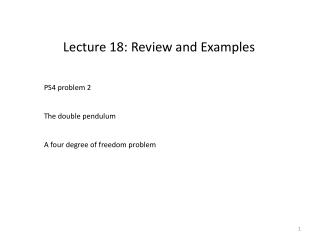 Review: The Basics - . see pages 3-29 in the textbook this is basically a one-semester graphics course in one lecture

Week 1 Lecture Review - . do you remember? definition of the internet “internet” vs “the internet” 3 types of

Lecture on Rights, including review of past weeks ’ readings and lectures - . october 11, 2011.

Is it not obligatory to understand the Qur’an? - . in the name of allah, most beneficent, most merciful. following are