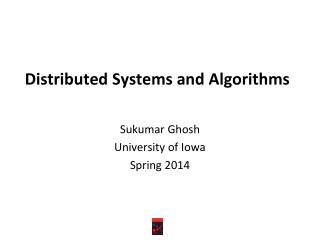 Distributed Systems and Algorithms - . sukumar ghosh university of iowa fall 2012. what is a distributed system ?. what