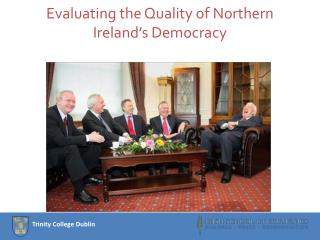 Democracy 101 - . what is it good for?. overview. athenian democracy the virtues of ruling republic or democracy?.

Chapter 35 section 2: The Challenge of Democracy in Africa - . as the recent histories of nigeria and south africa show,

The Growth of Democracy - King andrew or the common man?. the growth of democracy. mrs. auwers comstock park high school.

The Normans - . the normans – contents. who were the normans? timeline dwellings food clothing &amp; travel battle

“The government of democracy brings the notion of political rights to the level of the humblest citizens, just as