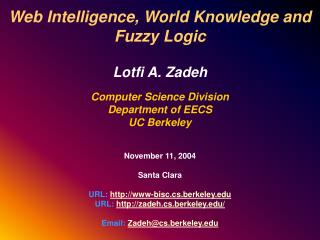 Lotfi Zadeh - . creator of the concept of fuzzy logic 12 journals are now published which include the word “fuzzy” in

Fuzzy Logic - Dinesh ganotra. fuzzy logic. what could go in the black box? any number of things: fuzzy systems, linear