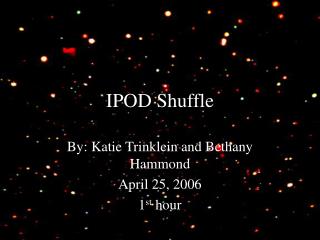 OVO Shuffle Prototype - . the shuffle application is a prototype, meaning that most functions will work as advertised,

Shuffle an Array - . shuffle a deck of cards. in i th iteration, choose a random element from remainder of deck and put