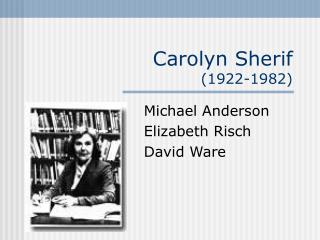 The Sherif Study - . autokinetic effect - what is it? bringing people together in a group let them make estimates

1982 - . the first cell phones are available for sale. old phone - can atacan. the popularity of cell phones really began