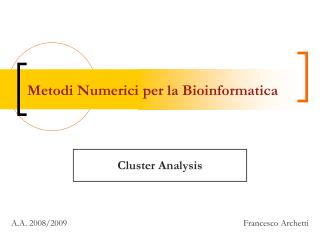 NGC-103 Open Cluster - . cristian calderon. ngc-103 is a small open cluster in the cassiopeia galaxy. can be viewed in

What is Cluster Analysis? - . cluster: a collection of data objects similar to one another within the same cluster

What is Cluster Analysis? - . finding groups of objects such that the objects in a group will be similar (or related) to