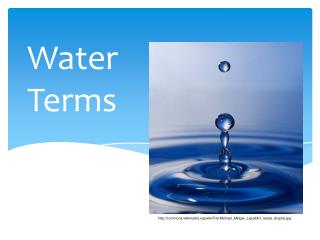 Water Terms - . 11/1/11. porosity - a measure of the amount and size of spaces within an earth material. porous rocks