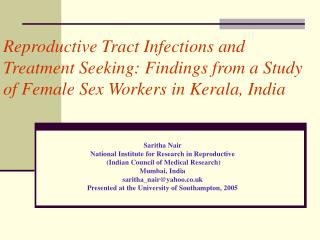 Prof. O. Szenci - Examination of the genital tract and the parturient patient and the foetus, and supervision of

Physiology of menstruation - Introduction . the ovarian and menstrual (uterine) cycles constitute what is called female