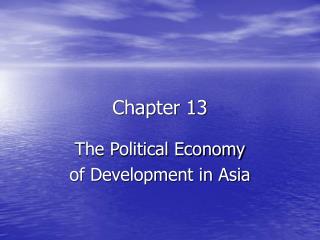 Chapter 13. The Political Economy of Development in Asia. Introduction. Mainstream or orthodox economic theory likes to think of itself as “scientific”. They take care to draw a clear distinction between positive and normative statements.