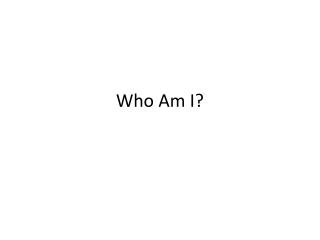 Who Am I?. I am an abolitionist and operate a anti-slavery newspaper. Believed in the concept of a direct relationship with God, was expelled from Massachusetts Bay colony. Puritan minister delivered “A City on a Hill” sermon.