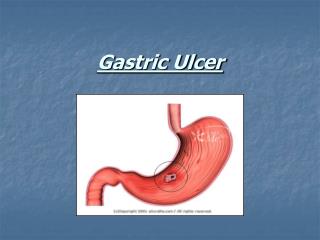 Gastric Ulcer. Even though gastric ulcer is a common disease, a diagnosis can be difficult because it has a wide spectrum of clinical presentations, ranging from : - asymptomatic to vague epigastric pain, nausea, and iron-deficiency anemia to - acute life-threatening hemorrhage. Stomach Ulcer(Peptic Ulcer) - . stomach ulcer or peptic ulcer is the damage of the protective layer (lining) of stomach

Buruli Ulcer - . stephen shenigo. what do you know?. http://brendanomeara.com/?attachment_id=293. buruli ulcer was first

Buruli Ulcer - . arwen frick-cheng bio 402. what is buruli ulcer?. infectious disease characterized by the who as a

PEPTIC ULCER - . ulcers are defined as a breach in the mucosa of the alimentary tract, which extends through the

Peptic ulcer - . definition it is a excavation (hallow-out area) that forms in the mucosal wall of the stomach, duodenum

Stomach ulcer - . by: abdullah al kaabi. the most common symptom of a stomach