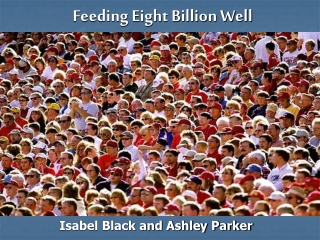 Feeding 9 Billion People: Can We Do It? - . by dan berry. the food insecure. fao: food and agriculture administration

Eight - . an 80 year old women complains of a very painful eye along with a feeling of nausea of 2 days duration. on

Feeding - . surface feeding while flying (sometimes with pursuit plunging) storm petrels flit back and forth, lowering

NASOGASTRIC FEEDING OR GAVAGE FEEDING - . definition. gavage feeding is an artificial method of giving fluids and

NASOGASTRIC FEEDING OR GAVAGE FEEDING - . gavage feeding is an artificial method of giving fluids and nutrients. this is

Infant Feeding - . breast milk is the best and optimum source of nutrition. what are the benefits?. the department of