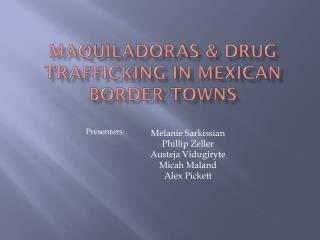 The U.S.-Mexico border now - The structures, fences and walls that mark the border between the united states and

Stages of Urban Growth - . stage of export specialization : the local economy is centered on one principal