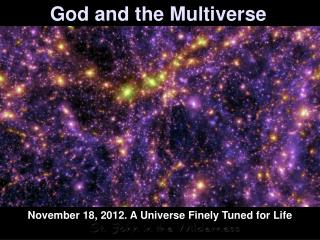 Chaos Project - By aaron wright. chaos project. in order to understand the concept behind this show you must first

A Journey Through the Universe - Course outline. introduction:

Chapter 0: So what are we doing here?” - . my goal, give you example and practice in how science thinks and how we

Chapter 22 The Beginning of Time - . the big bang. run the expansion of the universe backward in time and you reach the

Could Life Have Originated Solely Naturalistically? - A skeptic’s guide to the naturalistic origin of life thesis: a n

In the Beginning…. - In the beginning…. what really happened?. the great debate. creation evolution. origin of the

Log Tuning - . every transaction either commits or aborts . it cannot change its mind even in the face of failures: