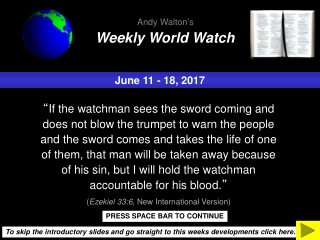 Presentation June 2017 - Please note that the investor must not use this material as a basis for investment decisions.