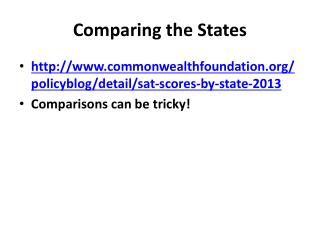 Comparing the states - . structures of government all states have a legislative, executive and judicial branch based on

Comparing the states - . structures of government all states have a legislative, executive and judicial branch based on

Comparing the Colonies - . how were the three colonial regions alike and different?. 7.1 introduction. more colonies in

Comparing the Law of Medical Accidents in China and the United States - . dean m. harris, j.d. department of health

Comparing the Colonies - . words to know. economy. a system of money and all the businesses, industries, farms, and so on

Comparing - . was created in the mid- 1990s by computer programmer pierre omidyar the very first item ever sold by the

Comparing - . the king james bible. by: karen schreiner. to modern versions. how is the english of 1611 different from

COMPARING THE FOUR SEGMENTS - . healthy heirs and food sensitives are the most rational and progressive, while

TITLE: Comparing the Covenants - . text: hebrews 8:6-13 theme: the believer should enjoy the benefits and