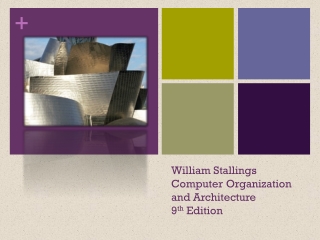 William Stallings Computer Organization and Architecture 9 th Edition. Chapter 7. Input/Output. Generic Model of an I/O Module. External Devices. Provide a means of exchanging data between the external environment and the computer Attach to the computer by a link to an I/O module