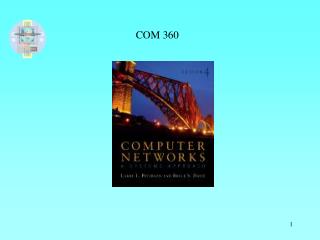 COM 360. Chapter 8. Network Security. Need For Security. Motivation: Why do we need security ? Increased reliance on Information technology with or with out the use of networks The use of IT has changed our lives drastically. COM 360 - . chapter 1. foundation. building a network. what available technologies would be the building blocks ? what

COM 360 - . chapter 6. congestion control and resource allocation. allocating resources. how do we effectively

360 DEGREE ASSESSMENT - . introduction. feedback can be reinforcing when learning is correct and it can be corrective

360° Leadership: Leading UP, Across, and Down from anywhere in the Organization - . rccd leadership academy may 3, 2013.