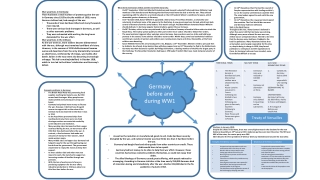 What led to Germany’s defeat and the end of the monarchy: Conscription During WW1 - . by delaine. c onscription. conscription is where it is compulsory for men aged 19-50 . all

The Impact of WW1 on Germany - . social, economic and political effects. burgfriede. a political truce was agreed between

Germany Before Hitler - . history of the holocaust . german second reich . germany unified in 1871 called the second

Indian soldiers in Hampshire during WW1 - . during the first world war, over 140,000 volunteers from the indian sub

Indian soldiers in Hampshire during WW1 - . during the first world war, over 140,000 volunteers from the indian sub

ww1 - . by joel. poppies poppies were used to represent the wartime heroes that fell in war. they decided to be

WW1 and weapons - By: brad sleight. ww1 and weapons. t imeline. germany signed an armistice with the allies . the

Women and WW1 - . what will i learn?. what is meant by the reward theory. the work carried out by women during ww1.

WW1 - . name: jared ramey. who was the war with?. on one side was the triple alliance made up of germany, austria-hungary

WW1 - . events leading to ww1 would world war 1 have happened if world leaders had made different choices? what if there

Women and WW1 - . to understand the contribution made by women in ww1. women and ww1. before ww1 women were not treated

ww1 - . by jahzaya and keira. plans were used to throe down bombs. in ww1they did not have much people who lived it was

WW1 - . poppies. today marks 92 years since the first poppy day was held in new zealand in remembrance of fallen soldiers

WW1 - . by ruth. poppies. poppies are special to me because they represent the soldiers that fought in wwi. they help me