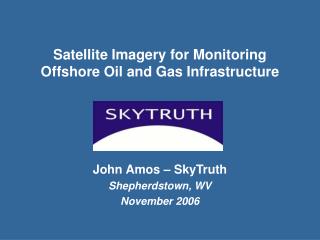 Performance Monitoring - . what is it, why do it, how does it work including an example of a collaborative workflow

Satellite Communication - . www.123seminarsonly.com. satellite. a satellite is an object that orbits another object

Unseen Poetry: Imagery - . lo: to explore how images can be used to extend meaning and develop ideas. . the face of

Infrastructure - . a short survey. how much is all the transportation infrastructure in seattle worth? how do you rate

Detecting Cloud Type in Satellite Imagery - . cloud formation. clouds form when air is cooled to its dew point. for most