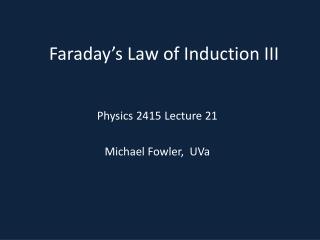 Comparison between simulation programs: Matlab, Psim and Plecs - . name: baimel dmitry. the mathematical model of the

Electromagnetic Induction - . emf is induced in a conductor placed in a magnetic field whenever there is a change in

Chapter 28: Magnetic Induction - . section 28-1: magnetic flux. a square loop of sides a lies in the yz plane with one

Cervical Ripening and Induction - Objectives. list the indications and contraindications for cervical ripening and