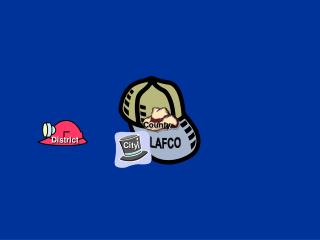 LAFCO AND CEQA LAFCO Role as A Responsible Agency - . lafco must rely upon the environmental document prepared by the

Terms and Conditions How far can LAFCO go? How far should LAFCO go? - Exploring new boundaries. terms and conditions how