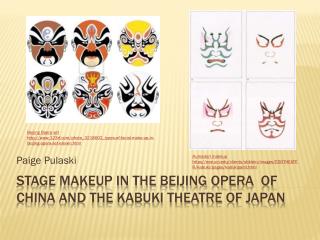 Kabuki Theatre - . who. what. kabuki theatre was created by a shrine maiden from izumo shrine by the name of okuni .

Shopping in the Streets of Beijing, China

The History of Kabuki - . 歌舞伎. the beginning. kabuki began in 1603 by  okuni no izumo of kyoto with help of

China and Japan in the Age of Imperialism - . stable traditional civilized self-sufficient. largest population in the

The comparison between China and Japan enterprises in their earlier stage of oversea development - 2. ? ?.

Opening of China and Japan - . east meets west hmmm, at the barrel of a gun?. china. self-sufficiency of chinese

Politics of Japan and China - . caitlin mundy. china. china is a communist country and is a single-party republic ruled

China and Japan During the Age of Exploration - . the age of exploration review:. 1100 european crusaders battle muslims

Showcase China And The Beijing Olympics - . amazing facts about china!!. all about china. bamboo is a fast growing plant

Showcase China and the Beijing Olympics - . by jake.b and logan. facts about

Showcase China and the Beijing Olympics - . history of the olympics (page 5 to 8). just the facts about china (page 2 to