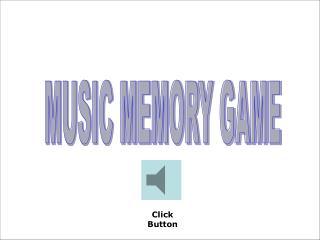 Memory Game - . famous deaf people finals review. to prepare for the final…. this ppt reviews for the matching famous

Starter: Memory Game - . how many can you remember?. what do the images have in common?. learning objectives 1. to

The Memory Game - . ready to get your brain jumping?. the memory game. look at the picture for 25 seconds. remember what

Memory Game on Verbs - . a creative esl tip coraima campos. prior to the game:. students will learn how to sound, read,