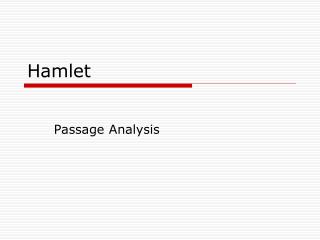 Hamlet - . true or false. 1. if someone hurts one of your family members, you should hurt them back. basic plot. hamlet