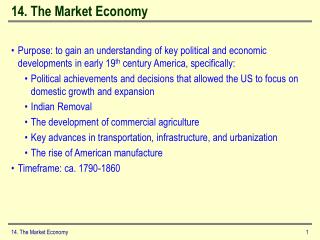 14. The Market Economy. Purpose: to gain an understanding of key political and economic developments in early 19 th century America, specifically: Political achievements and decisions that allowed the US to focus on domestic growth and expansion Indian Removal