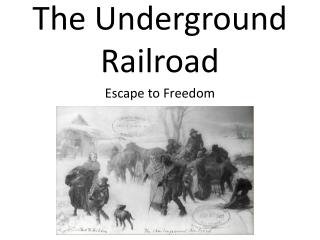 Riding the subway in North Korea - Scenes from the underground in

Salt mine therapy - Children are treated for respiratory illnesses, 1378 feet underground between layers of potassium and

Westward Expansion Vocabulary - . people who came from china to work on the transcontinental railroad. asian immigrants.

SAT Review - . a review, created by students of the sat preparation class, of up your score! the underground guide to the

EOC REVIEW US HISTORY - . free enterprise system. the american system people are free to produce and sell whatever they