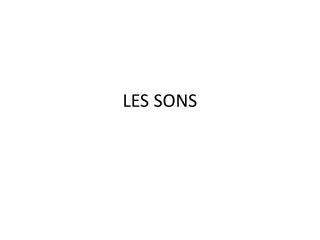 LES SONS. Sept Mots qui vous aident avec la pronunciation française. RESTAURANT. R R is a consonant. To make the Sound. Raise the back of your tongue close to the back of the throat and make a gargling sound. The sound is made with the vocal cords. [R]. [R]: Restaurant. SONS BUILD - Building leadership through sonship unless the lord builds the house, they labor in vain who build it;

Vijay & Sons - Vijay and sons have the best quality jewellery at the best price. like rani haar, bangles designs,