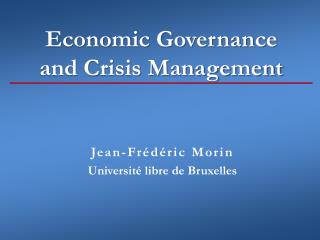 Economic crisis - . presented by victoria kuncheva. meaning. a situation in which the economy of a country

Economic Crisis Workshop - . causes of the crisis and the great recession. how bad is the lesser depression?. housing: 1