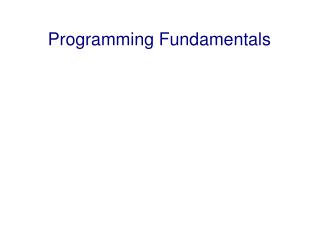 The C Programming Language - . currently one of the most commonly-used programming languages “high-level assembly”

Look what I found in the attic… - . programming fundamentals 4 feliks klu ź niak. executive summary : we look at the