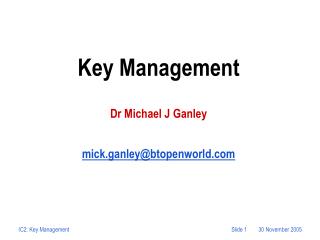 Microsoft Program Management for Dummies - An insider's guide to program management at microsoft: the myth and the

PLASC/NPD User Group - . mick quinlan ( mick.quinlan@naa.org.uk ) change, or the lack of it the players: suppliers and

Michael Dettmers - Introduced several unique reforms in employee management. michael dettmers was one of the earliest

Mick Carpenter Department of Sociology University of Warwick m.jrpenter@warwick.ac.uk - Beyond libertarianism and the