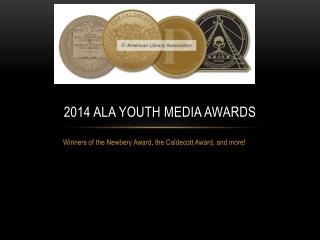 Minority Recruitment &amp; Retention: - . the continuing challenge of diversity for the next generation of library

Young Adult Book Award Nominees for 2011-12 - . after she dies in a car crash, teenage samantha relives the day of her

Multilingual Children’s Book Publishing: a Developing Industry in Ethiopi a - . a presentation to the international

2008-2009 YABA Nominees - . avalon high by meg cabot notes: having moved to annapolis, maryland, with her medievalist

The Oscars 2015 - The 87th academy awards ceremony, presented by the academy of motion picture arts and sciences (ampas),