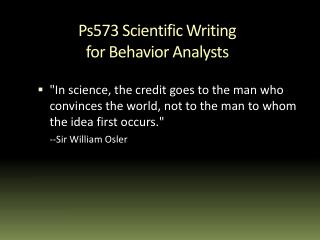 Psychology - . scientific study of the behavior of individuals and their mental processes scientific method-(set of

Evolution and Behavior - . chapter 9. behavior. behavior is all of the actions of an organism during its life time. these